Review by Karina Kilmore in The Herald Sun 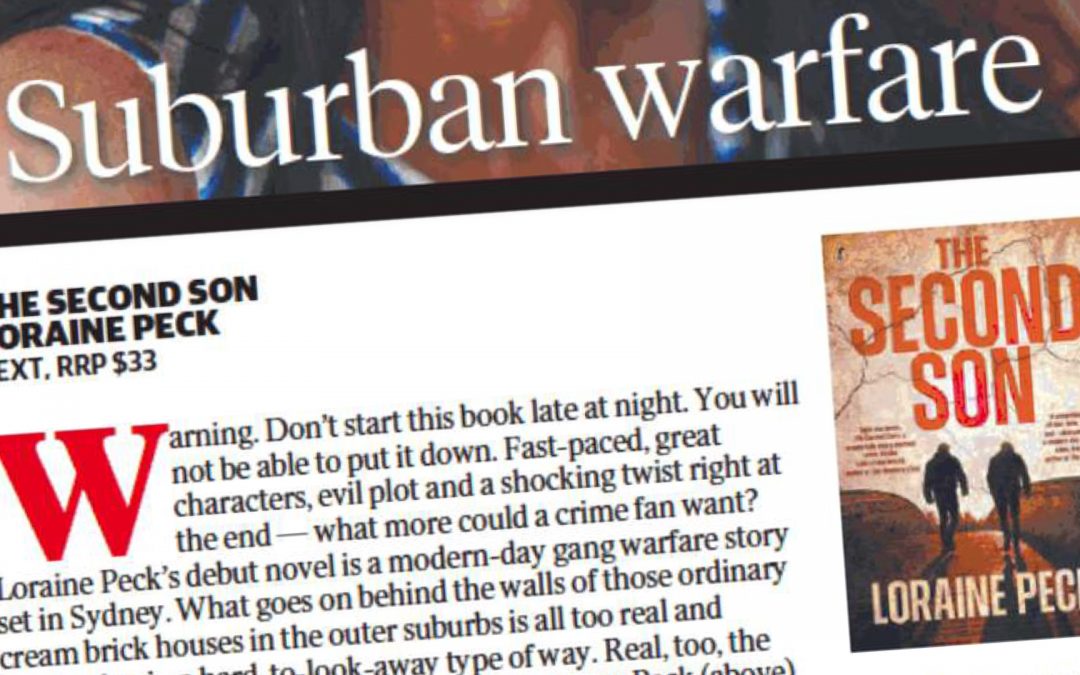 My fellow crime writer Karina Kilmore, author of Where The Truth Lies wrote a wonderful review of The Second Son for The Herald Sun. Have a read below!

Karina was also my lovely conversation partner for my recent online event with Readings. You can watch the whole event here.

Warning. Don;’t start this book late at night. You will not be able to put it down. Fast-paced, great characters, evil plot and a shocking twist right at the end – what more could a crime fan want? Loraine Peck’s debut novel is a modern-day gang warfare story set in Sydney. What goes on behind the walls of those ordinary cream brick houses in the outer suburbs is all too real and fascinating in a hard-to-look-away type of way. Real, too, the political tensions between old and new Europe as Peck dives headlong into the animosity between the Serbian and Croatian people following the fairly recent Balkan war. This old-country mistrust is one of the major foundations for the Sydney inter-gang hatred. But, of course, multicultural Sydney means the Italians, Lebanese ,Chinese and biking gangs also make entrances as the plot expands. Told in two hypnotising points of view; the second son of the crime family and the second son’s wife – an outsider who married into the gang.